Is there a way to access result variables from actions within a True/False split?

I have a create record action within a split but i’s not represented in the workflow variables.

you can access the results of previous actions by selecting it in the panel you see in your screenshot. 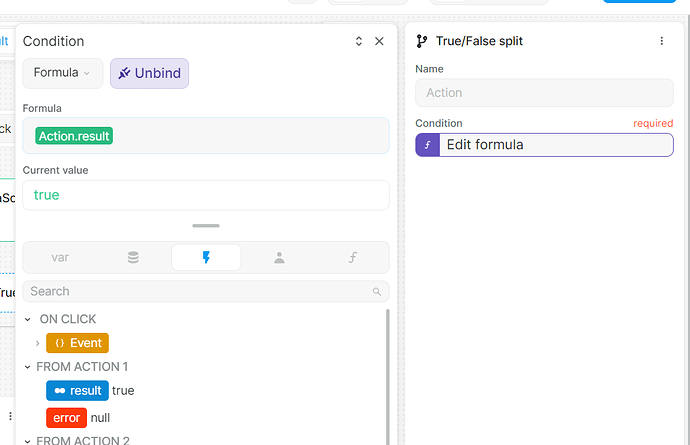 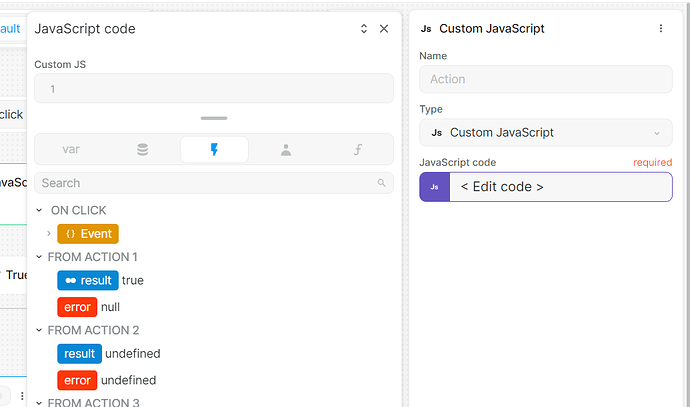 If you see that the result is undefined just test the action and it will update with the result of the test.

hey @dorilama, thanks for the reply. I’m familiar with typical usage as you describe.

I’ve since worked around this, but for the sake of explaining the case better:

I was not trying to access the result of the actual true/false action, but of the subsequent actions that follow within the split. In my case, I was creating a record in both the true and false case (create pivotpath-ai record as seen in screenshot).

In my screenshot, you’ll see that I do indeed have access to the true/false split result, as you say. However, the next available action for me to use is the one AFTER my actions within the split.

In my case, the true/false action is named “Elevator?” - note the next action after it should be a create record action. However as you can see the next available action to pull a result from is my “Call pivotpath-ai CV zap,” the action after the “split actions” are completed.

See what I mean?

I see what you mean. That’s odd.
I can definetly see tha value of an action “create record” inside a split (see action 3 | create): 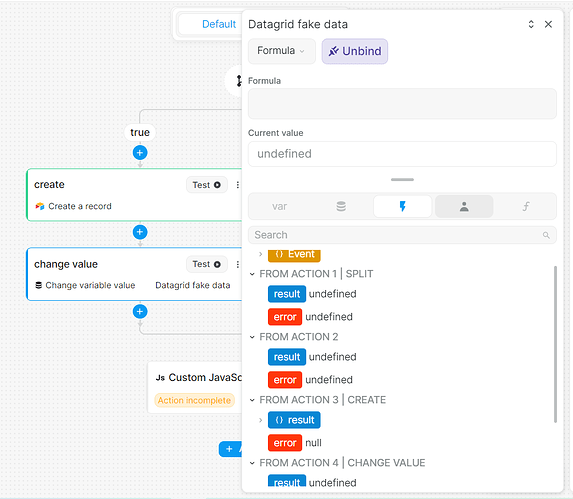 Cool, so I’m not crazy

Turns out there was a more elegant way for me to handle the logic anyways, that this “limitation” led me to…so perhaps for the best

nonetheless, thanks for popping in @dorilama